On the history of the North Rhine-Westphalia Local Authorities Confederation

Chronicle of the StGB NRW since 1997

Timeline for the history of the municipal umbrella organisations

An “hour of birth” for the North Rhine-Westphalia Local Authorities Confederation can no longer be discerned with hindsight. Not least because the state of North Rhine-Westphalia is a comparatively young one, and in this part of Germany other political entities have also preceded it: the German Empire, the Kingdom of Prussia, the Weimar Republic, the state of Prussia, and the National Socialist Third Reich.

After the 2nd World War, political life re-awakened first in the municipalities. In view of the segmentation imposed by the zones of occupation, mutual feedback between towns and municipalities was restricted to the immediate neighbourhood and the surrounding region involved. Nevertheless, in the late autumn of 1945, Joseph Breuer, an ex-Mayor of Essen-Werden, was already calling for the foundation of a new German Association of Towns and Cities. This received a work permit from the British military government in July 1946 – one month before the establishment of the state of North Rhine-Westphalia.

In the subsequent months, the larger county-affiliated towns in the Rhineland and in Westphalia joined forces to form a North Rhine-Westphalian subsection of the German Association of Towns and Cities. This state organisation remained an autonomous lobbying group till the beginning of 1971.

The smaller county-affiliated councils and agencies also re-organised themselves. In January 1947, the North Rhine Rural Local Authorities Assembly was set up. The same month saw the foundation of the Westphalia Local Authorities Assembly, which shortly afterwards took over representation of the municipalities in Lippe. Both organisations were keen to amalgamate, but because of personal differences between the senior officers involved this did not materialise until July 1967.

Only when the German parliament and the federal government moved from Bonn to Berlin was the shared office discontinued. Since January 1998, the German Local Authorities Confederation has maintained a central office of its own in the federal capital, plus branch offices in Bonn and Brussels. The North Rhine-Westphalia Local Authorities Confederation, operating under this name since 2000, has since then been using the office in Düsseldorf alone. 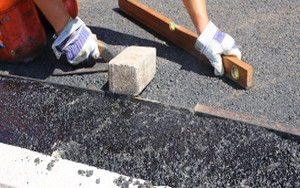